It’s the moment you’ve been waiting for!

Well, um…actually, it’s probably more like the moment we’ve been waiting to show you 😉

Justice vs. The Two Mean Green, presented in a glorious 2-page spread! 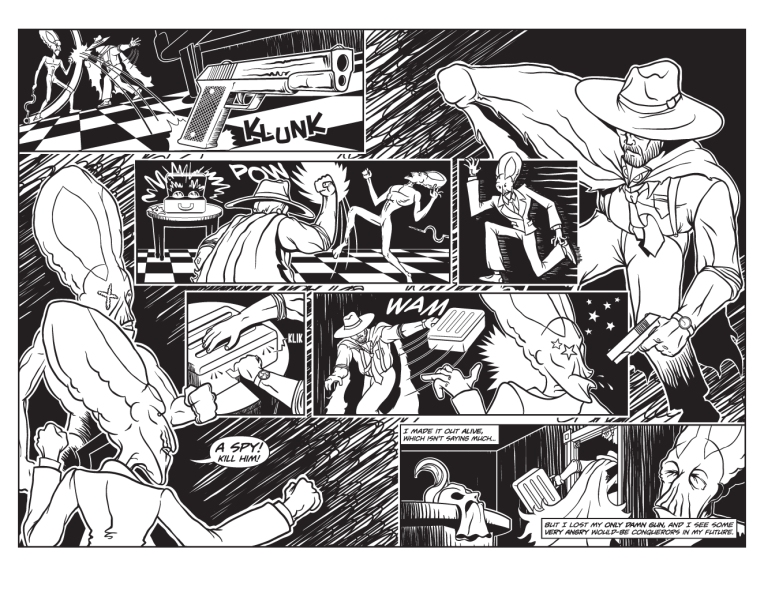 Believe it or not, these pages took a lot of time to create. Like…way too much time. More time than I care to admit. Basically, more time than it took to create any other two pages in the book, multiplied by three. Brent is fully within his rights to smack me in the head with the script next time he sees me.

But I do think the payoff was worth it. Plus, I began to work faster (and smarter!) after these pages. So, yay learnin’! And yay comics!

In other news, I backed a Kickstarter created by Josh Blaylock (via Devil’s Due Entertainment) that was successfully funded. Josh was a year or two ahead of me in high school and was also the first person I ever met that published indie comics. I’m looking forward to reading my e-book on “How to Self-Publish Comics: Not Just Create Them”. Hopefully there’s a chapter in there on How Not to Drag Butt When Illustrating Your Comic 😉

Catch you next week with another update. Thanks for reading!